Among some of the questions students put to the panelists were: “Why should I vote? How will this election affect students? How can I hold politicians accountable?”

The forum’s main goal was educating students about the importance of voting not just in presidential elections but on the local level as well for municipal, county and state officials … and of introducing the concept that engaging in the democratic process doesn’t end with casting a vote. As several panelists pointed out, civic engagement is another very important aspect of participating in a democracy and a healthy society is reliant on citizen participation. The panelists shared interesting and thought provoking views and answers with students.

The forum was held in the BCC Student Center and was well attended. Most of those present came for the event. However, there were a few students sitting in the Center’s comfy seats when the panel discussion started, who became interested in the forum as it went on and ended up giving it their full attention. Capturing the interest of students who might not go out of their way to attend this type of event if it were held in a more private venue, was one of the day’s key goals and as an NAACP member who helped with planning, I was pleased with results of holding it in the Center’s semi-open space. Many of those passing through the center on their way to class from the bus stop outside, stopped for a while to listen as topics under discussion caught their interest. Some professors brought their classes down to the forum and members of several campus clubs cancelled weekly meetings in order to participate. The number of those in attendance increased enormously when Barbara Buono arrived to speak. One student commented, “Barbara Buono being right here, at the college. That’s huge!”

Barbara Buono’s gave an impassioned, energetic speech. She shared details of her own life, allowing us to see how down to earth she is, and we were able to see that she relates well to the concerns of community college students like ourselves. Many of us struggle with life and financial difficulties and because Buono lost her father at 19 years of age and later became a single mother, she experienced many of the same challenges we do. It is reassuring to know that a person able to affect issues important to us and able to protect our interests, is truly looking out for us as Barbara Buono does in her role as State Senator. Equally reassuring is knowing that Barbara Buono triumphed over her personal challenges to become an attorney and an elected official.

Plenty of work, goodwill and collaboration went into putting this event together and it paid off handsomely as the forum was a great success. Very special acknowledgement goes to Mr. Gomez Wei, who had the vision for creating the first of what we hope will become an annual voter education forum at BCC, and whose desire and ability to create positive change as a civil rights and social equality activist keeps growing and growing. Keep up the great work my friend.

Here are some pictures! 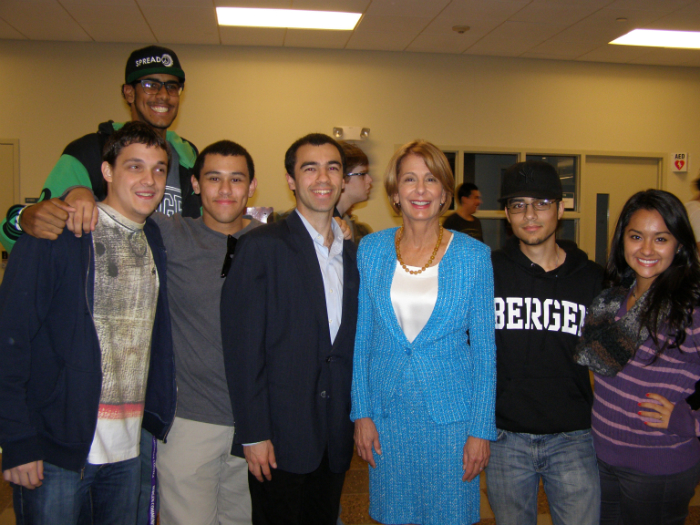 Members of the BCC NAACP and gubernotorial candidate Barbara Buono 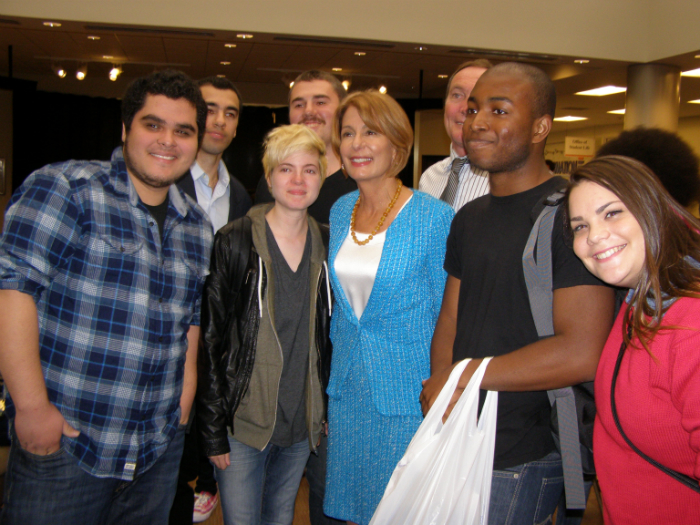 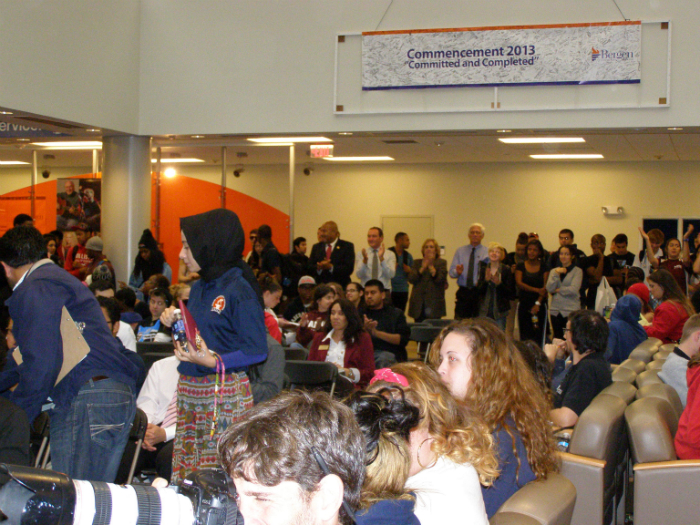